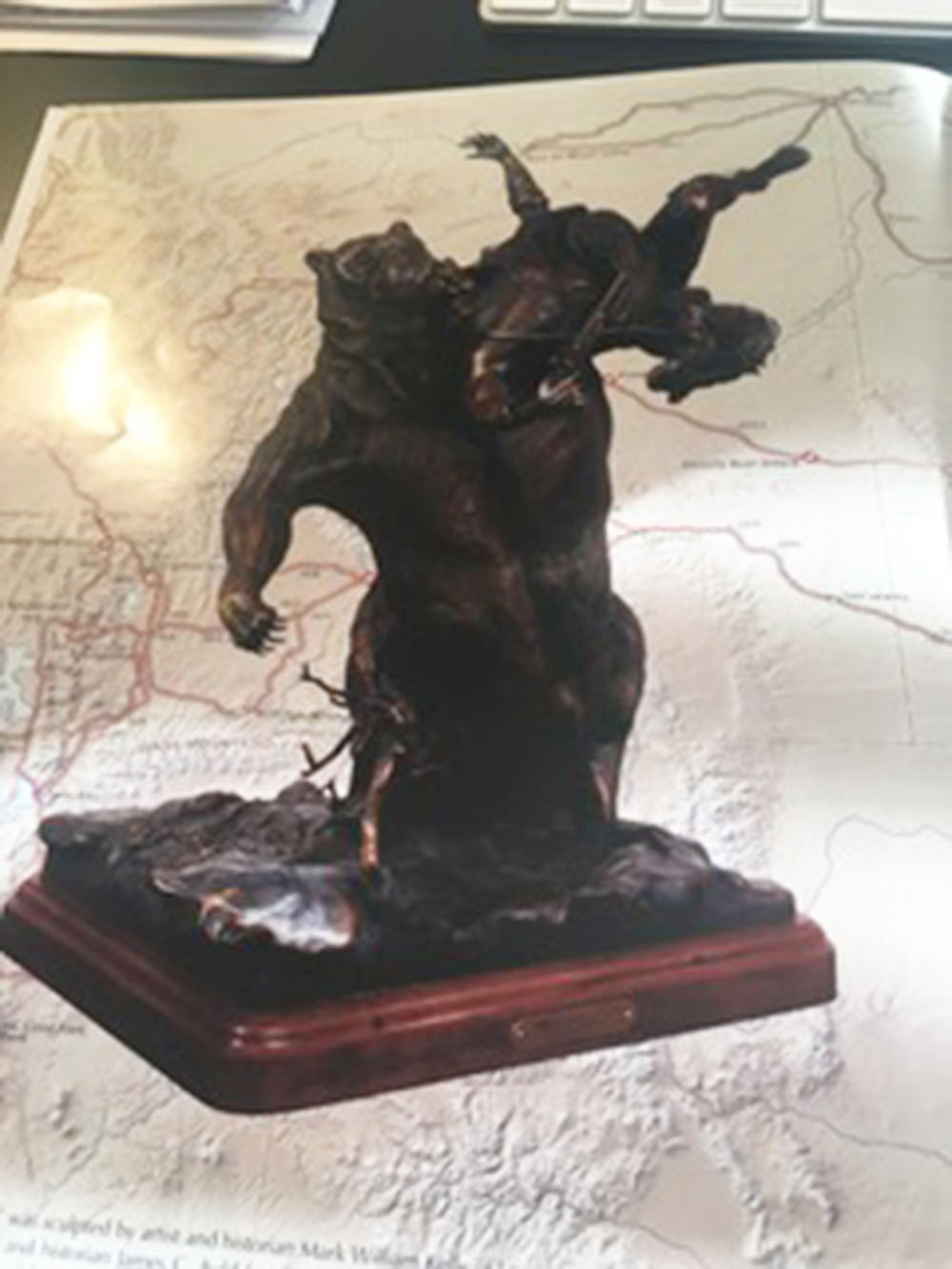 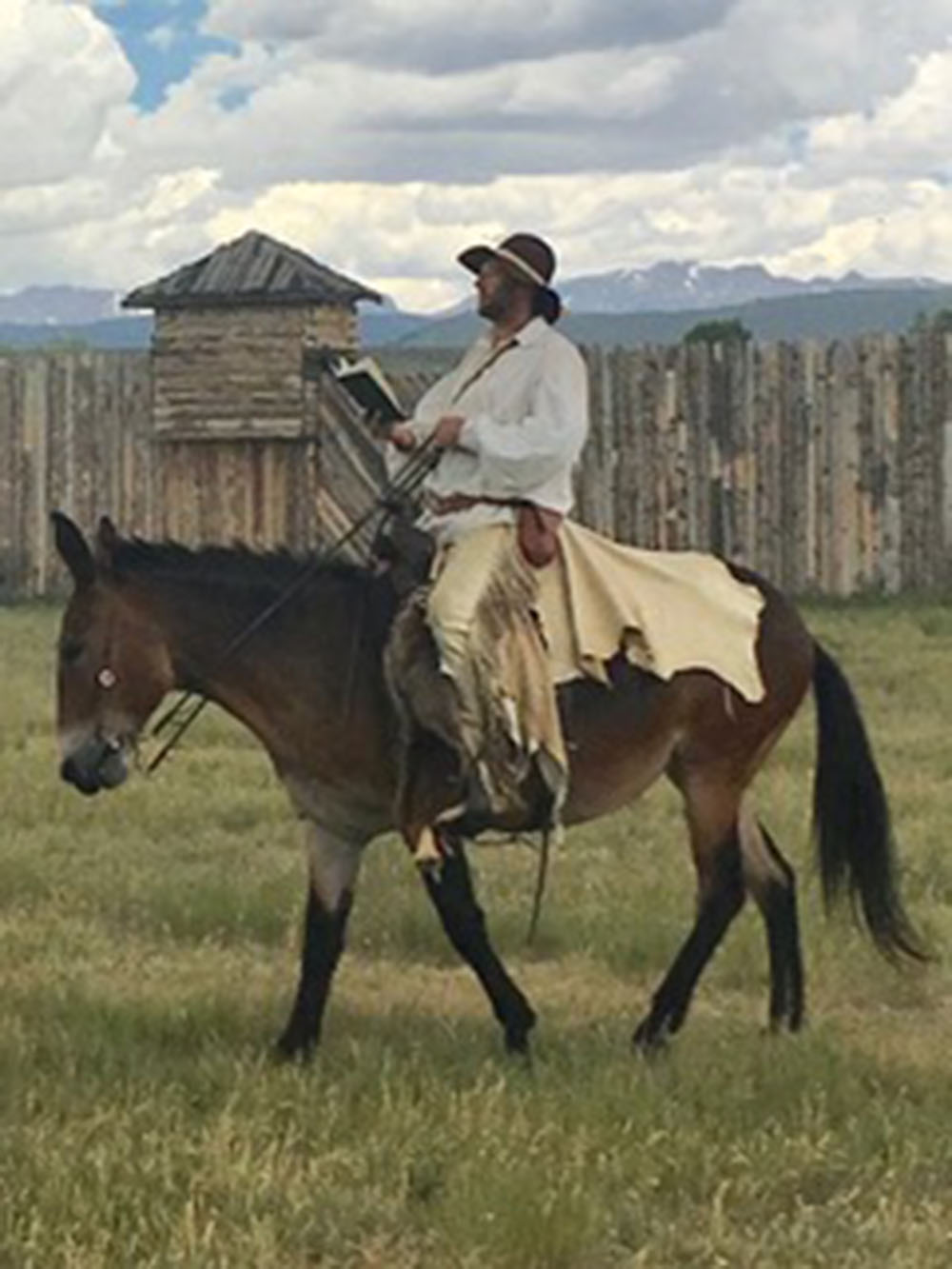 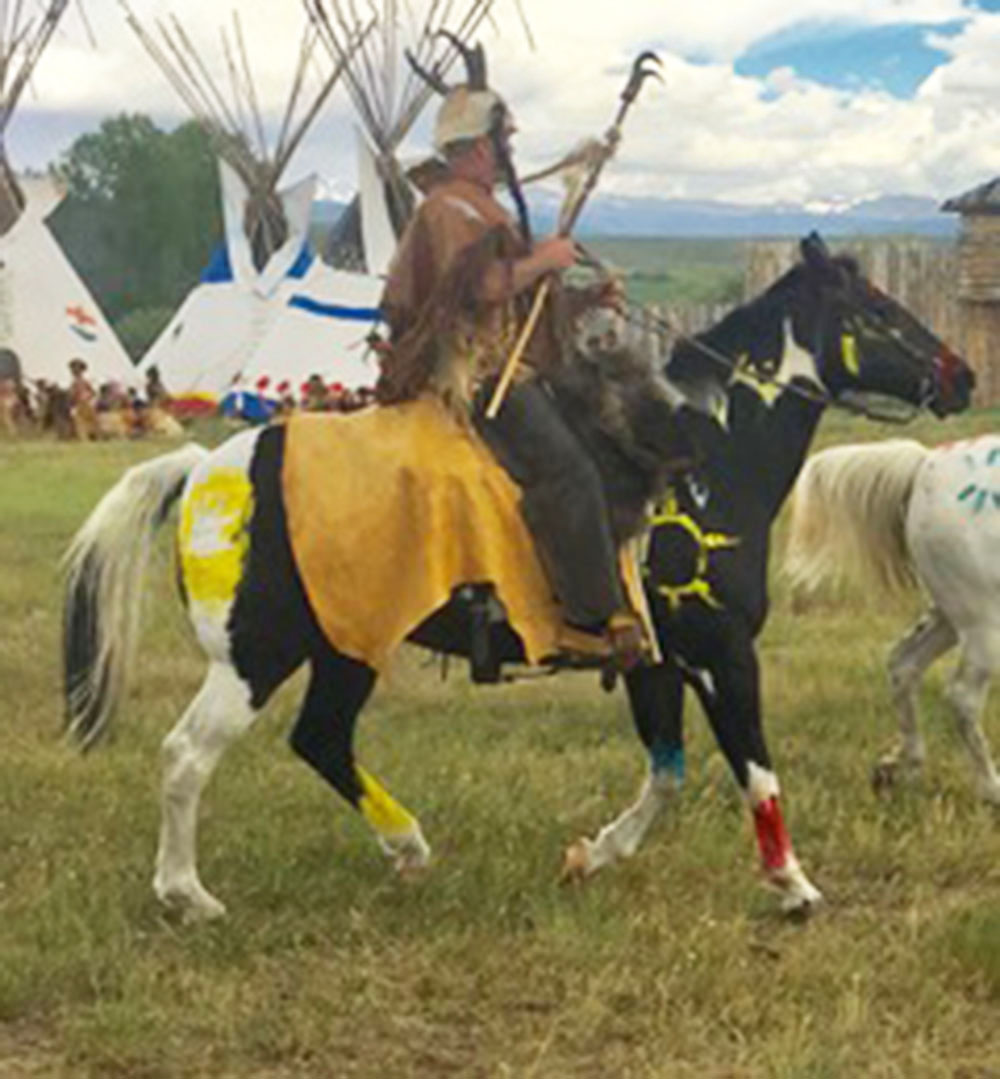 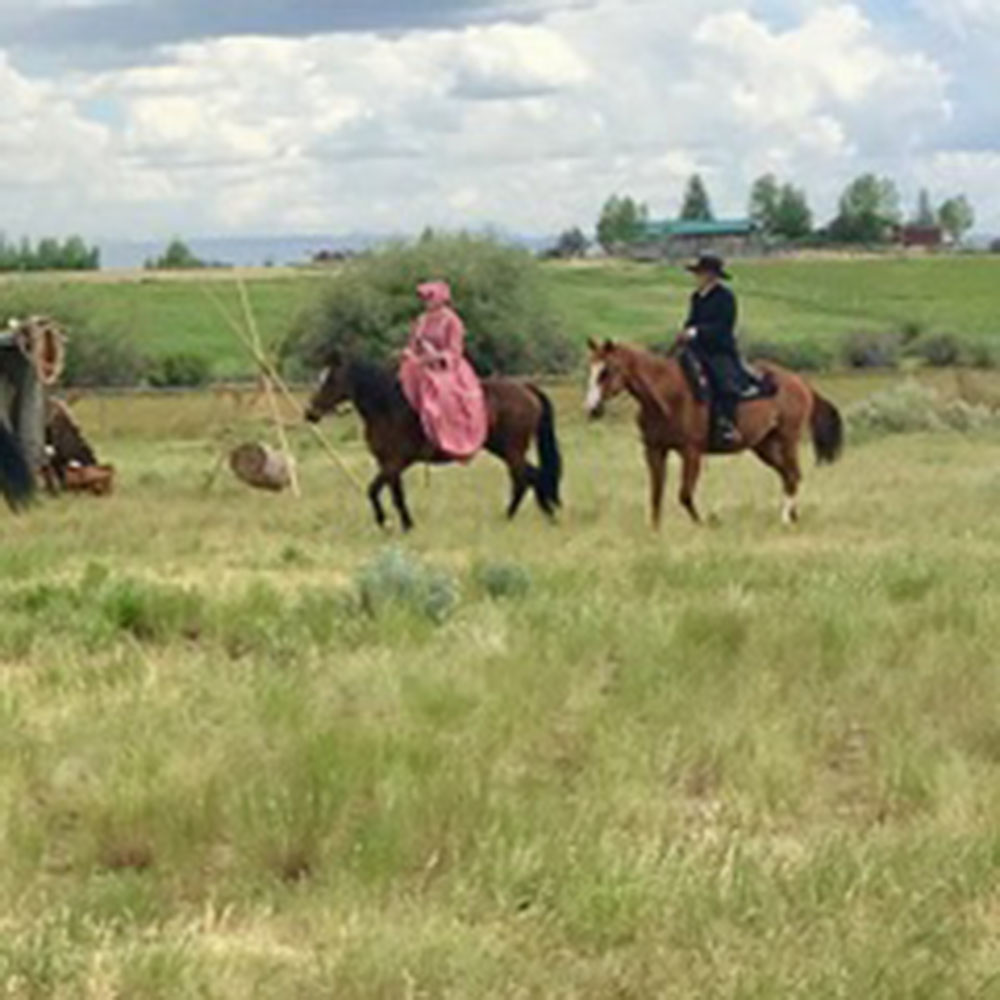 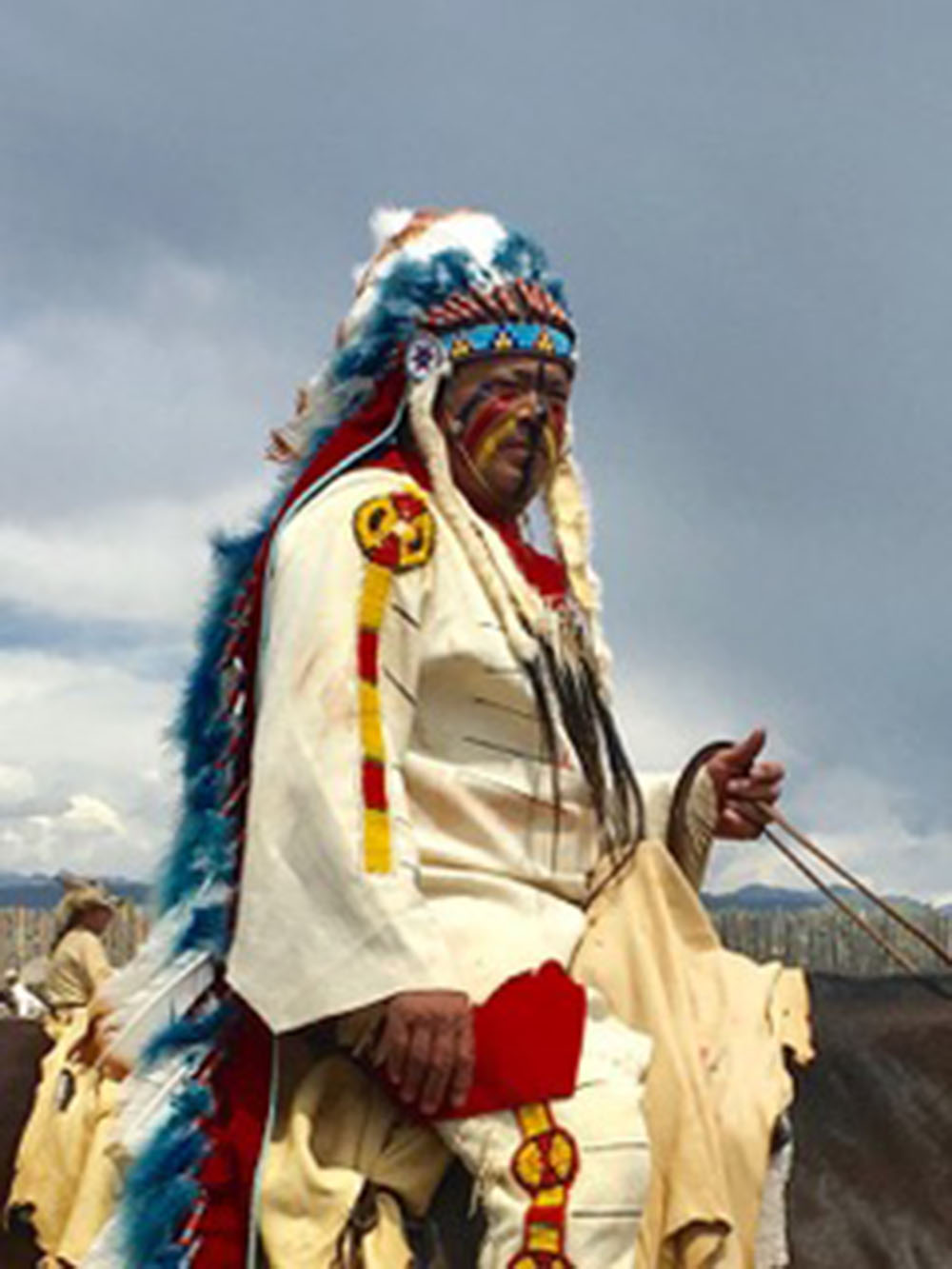 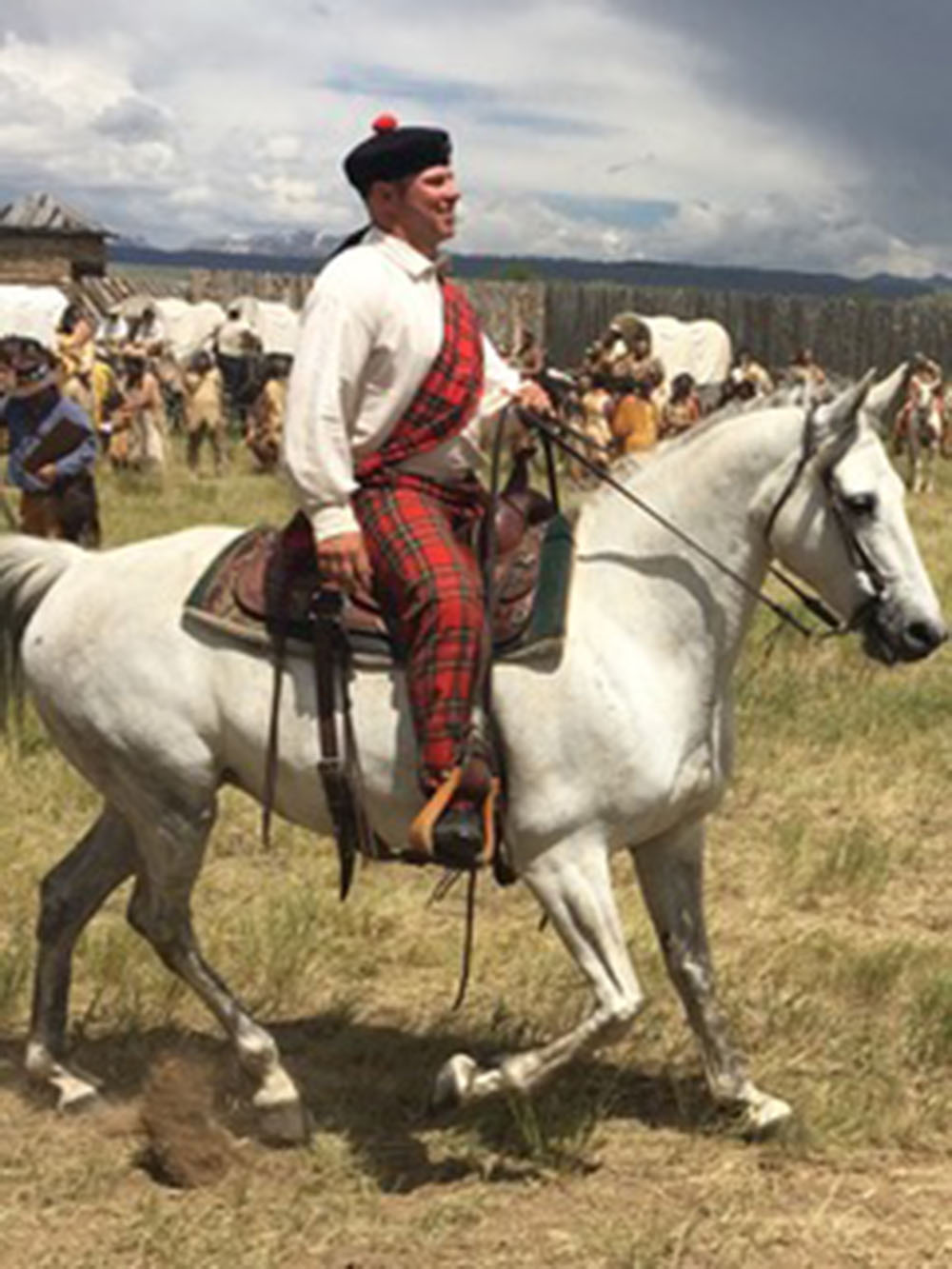 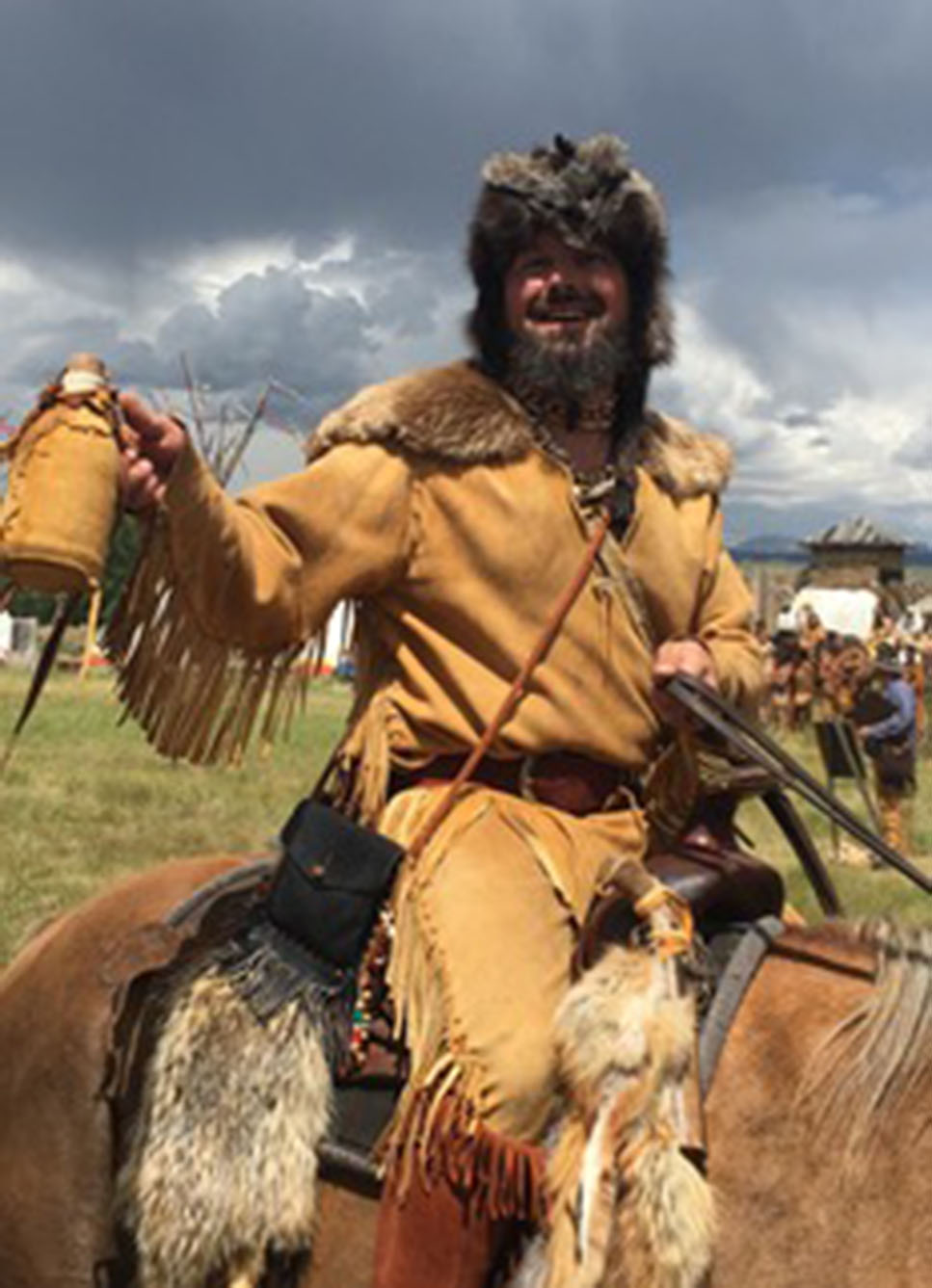 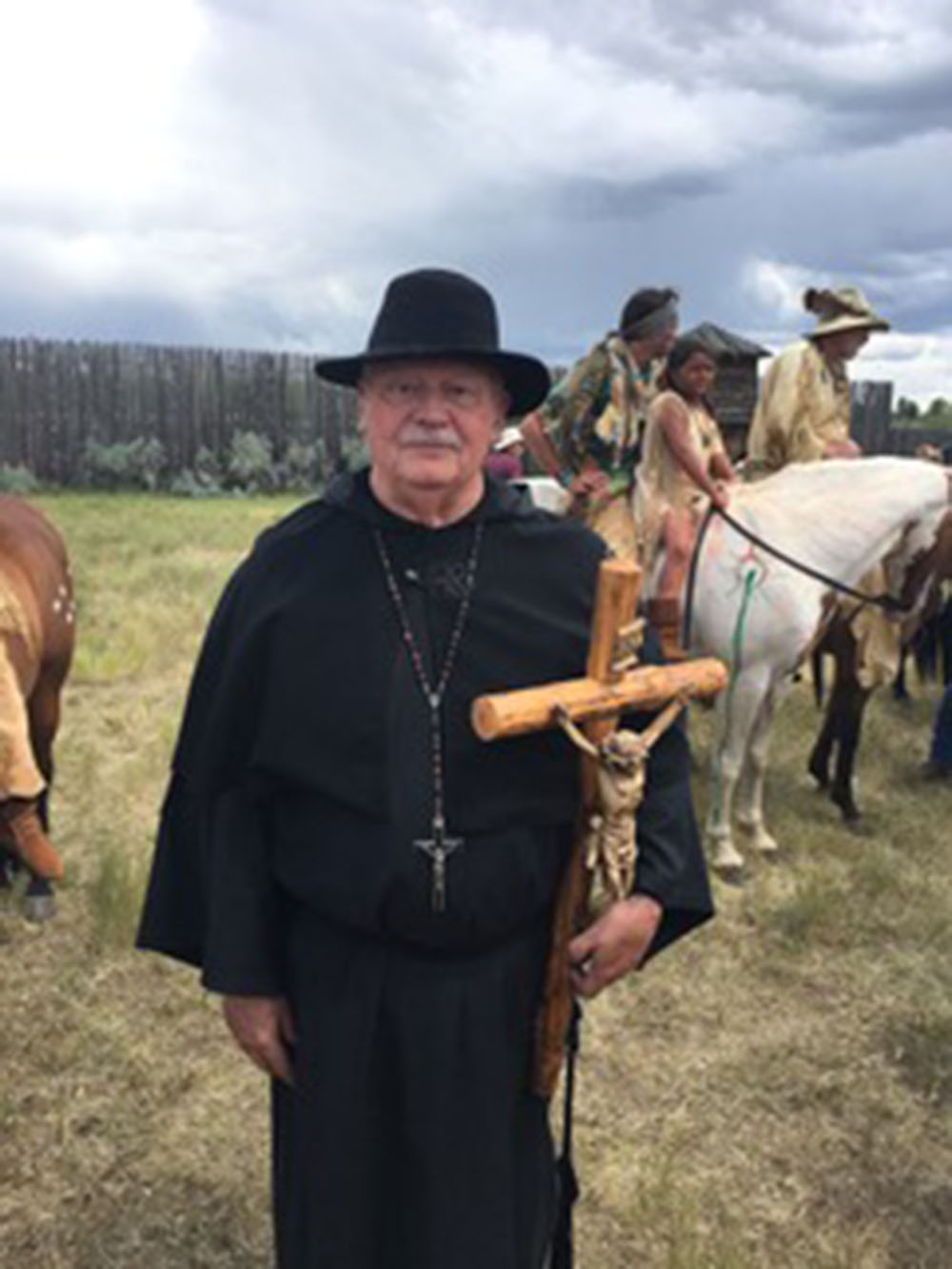 [Show thumbnails]
Although Jed never attended a Rendezvous on the Green River, he’s still an honored guest each year at the Green River Rendezvous Pageant in Pinedale, Wyoming. The 84th Annual Pageant last July was no exception. Patrick Ingram portrayed Jedediah Smith. He entered the pageant grounds on horseback, as the iconic figure portrayed by the early chroniclers of the mountain men: reading from his bible.

Since 1936 the people of Pinedale and Sublette county have put on
this production to commemorate the history of the fur trade era in the Green River Valley. The initial encounter between the trappers and the Shoshone people who were indigenous to the area is recreated in a Pipe Ceremony at the beginning of the Pageant. The simple ceremony takes place in the middle of the arena with the several tipis of the Shosohone Village to the north, the trapper’s camp to the south, and the majestic Wind River mountains in the east as the backdrop.

Following this, all the colorful visitors to Green River valley, or any
of the six Rendezvous that were held on the Green between 1834-40 make an appearance on the grounds: the Astorians, Capt. Bonneville, William Sublette, Moses “Black” Harris and his bride, Jim Bridger, Andrew Dripps, Lucien Fontenelle, Father DeSmet, Sir William Drummond Stewart, Marcus and Narcissa Whitman, Henry and Eliza Spaulding, to mention a few of the principals. There are wagon teams and drivers arriving with trade goods for the Rendezvous. There are horse races and partying.

The Rendezvous Pageant on Sunday concludes Green River Days in Sublette county. The weekend begins on Thursday evening at the Museum of the Mountain Man with the annual Western Art and Wine Auction. Another highlight every year is the release of the new Rocky Mountain Fur Trade Journal. This year a framed copy of the
Society’s map, “The Travels of Jedediah Strong Smith, 1822-1831” was an item at the auction. This was a gift from the Jedediah Smith Society to the Museum of the Mountain Man. We hear it fetched a fine price at auction.